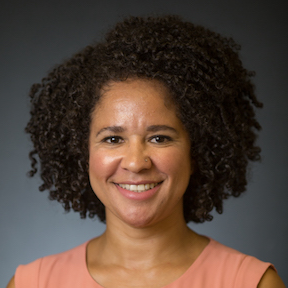 Tracey Ross, Associate Director of the All-In Cities Initiative at PolicyLink, works with cities across the country to adopt policies and practices to promote equitable growth. She also serves as a delegate to the U.S.-Japan Leadership program, which fosters connections between leaders in both countries. Prior to joining PolicyLink, Tracey worked at the Center for American Progress focused on urban poverty and environmental justice, and at Living Cities on place-based efforts. In 2012, she was selected as a “Next Vanguard,” Next City magazine’s recognition of 40 urban leaders under 40.

Tracey has been a guest on The Melissa Harris Perry Show on MSNBC and Inside Story on Al Jazeera English, and was a regular commentator for SiriusXM’s The Agenda. Her writing has appeared in The New York Times, The Washington Post, The Root, The Nation, EBONY.com, and ThinkProgress. Tracey began her career in the offices of former U.S. Senator Hillary Rodham Clinton (D-NY) and former U.S. Senator Ken Salazar (D-CO). She completed her master’s in public affairs with a focus on urban policy and planning at Princeton University, and received a B.A. in Political Science and Anthropology from UC Berkeley.