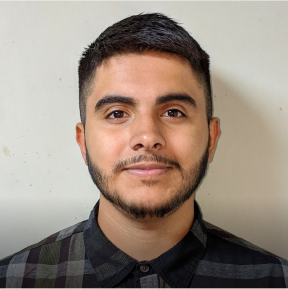 German Calderon is the Community Manager for TechEquity Collaborative. Prior to working at TechEquity Collaborative, German was interning for the International Longshore and Warehouse Union where he advocated for workers rights and empowered workers to become leaders. Through collective bargaining, facilitating rallies and working as a team, German developed organizing skills and further pursued his passion of helping others in need achieve success.

German is a recent graduate of the University of California Santa Cruz. During his time there, he joined an on-campus organization called Empowering Latino Advancement Through Education and Development. He brought academic support to his peers and ensured that every member had what they needed to become successful in college and graduate school. He also worked for the Disability Resource Center on campus where he helped students with disabilities find alternative and accessible ways of completing assigned readings. German is excited to channel his skills into TechEquity Collaborative and help create a Bay Area that works for everyone.