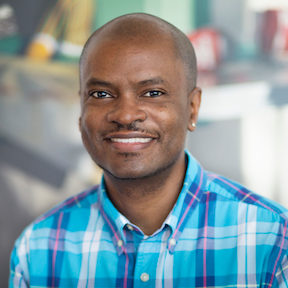 Cedric Brown is the Chief of Community Engagement at the Kapor Center for Social Impact. He has over 20 years of experience as a funder, convenor, and advisor, steering over $60 million in grants to community efforts through working with the Kapor Foundation, San Francisco Foundation, San Francisco Education Fund, Switzer Foundation, and SF Cultural Equity Grants among others. He has worked steadily to ensure access, inclusion, and greater empowerment for people of color, including collaborations with the Obama White House Office of Science and Tech Policy, the Congressional Black Caucus Tech2020 Initiative, Oakland Mayor Libby Schaaf, and an appearance in the “CODE: Debugging the Gender Gap” documentary.

He is the co-founder of Brothers Code, the College Bound Brotherhood, and the Oakland Startup Network. Cedric has received leadership awards and recognition from The San Francisco Chronicle, the Association of Black Foundation Executives (ABFE), TheRoot.com, East Oakland Youth Development Center, Startup Weekend Oakland, and the East Bay Stonewall Democratic Club. He is also a proud board member of Color of Change, ABFE, and Project Include; he is also published author and creative artist. Cedric holds degrees from the University of North Carolina and Stanford University.