Give Formerly Incarcerated People a Fair Chance at Housing

Removing a barrier for formerly incarcerated people to secure housing by preventing landlords from discriminating based on criminal record.
Click to Copy Link 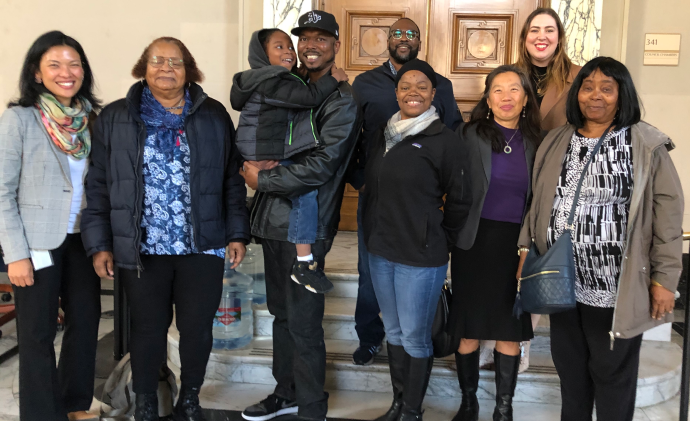 Mass incarceration and an unfair criminal justice system means that almost everyone in our community is somehow touched by this issue. Our family members, colleagues, classmates, and community members are being unfairly denied housing because of their past. Alameda County currently has over 8,000 people on probation or parole that need access to stable housing.

The Fair Chance Campaign prevents landlords from discriminating in rental housing applications and to give all residents a fair chance at accessing housing. We’ve passed ordinances in Oakland and Berkeley and plan to take it statewide in 2021.

Those that have been recently released from prison are 10 times as likely to be homeless, compared to the general population. I realized that the only place in America where you are guaranteed a roof over your head is in prison. We can help formerly incarcerated people access housing through a simple change—removing that little check box that allows landlords to discriminate against people like me.

Many rental housing applications ask applicants to check a box if they have ever been convicted of a felony. Often times, when this box is checked, the application is rejected on that basis alone, making it difficult for those trying to build a life after release to secure housing.

TechEquity has partnered with the Dellums Institute for Social Justice to move The Fair Chance Campaign forward in Alameda County. Leading the campaign is John Jones III, an activist and organizer born and raised in Oakland. John began speaking up in support of formerly incarcerated individuals after he was released from prison himself.

How To Talk To Your Boss About Race: Discussion with the Author