There are four main reasons we don't have enough affordable housing for everyone.
Blog
|
101, Housing, Affordability Crisis
Click to Copy Link 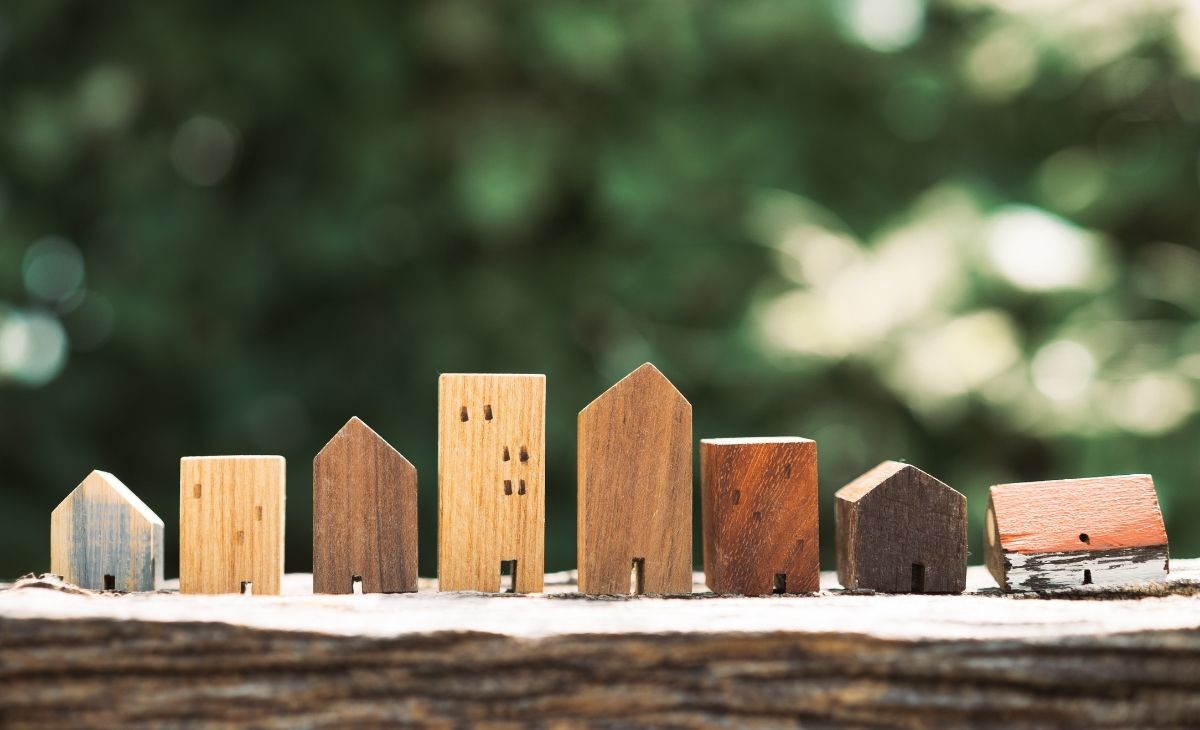 We all need a place to call home. Rental and home prices continue to skyrocket, making the basic necessity out of reach for far too many people. So why don’t we have enough affordable housing for everyone? What’s stopping us from making sure everyone has a place to live?

Simply put, we don’t have enough affordable housing because of decades of underinvestment, steep production costs, and a prevalent “got mine” mentality. We can turn this ship around, but first we need to truly understand the problem so we know exactly how to tackle it.

How much affordable housing do we really need?

The need for more affordable housing is overwhelming. Forty-eight percent of California renters spend more than one-third of their income on housing—the upper limit on what is considered sustainable. This is due to both a lack of affordable homes and workers’ wages flatlining over the last four decades. This means that many families are going without other basic necessities like food and medication to afford their homes. In many cities across the state, the need for affordable housing is far, far greater than the supply. Los Angeles has the largest shortfall in housing for extremely low-income families (in Los Angeles County, that’s a family of 4 making less than $35,450) with only 19 homes available for every 100 extremely low-income renters.

While demand for affordable housing is higher than ever, not nearly enough affordable housing is being produced. The state uses the Regional Housing Needs Allocation (RHNA) to project how much housing needs to be constructed at each income level to meet the need. Our state has consistently failed to build enough affordable housing units, and has done a particularly poor job at meeting the targets for production of very low income (<50% Area Median Income, or AMI), low-income housing (<80% AMI), and even moderate-income (<120% AMI). Much of the new housing produced meets the needs only for above moderate-income (>120% AMI) families.

Why don’t we have enough of it?

There are four main factors to our affordable housing problem: costs, funding, political will, and decades of underproduction.

In 2019, it cost $737,417 to construct an average below-market-rate unit in San Francisco. When the cost of developing a project is so high, it requires a significant investment of public funds to make the project “pencil” (aka square the costs vs. returns). In fact, it’s so difficult to make the math work that cities commission “affordable housing feasibility studies” to examine whether or not it’s realistic to successfully build a development given the costs and risks involved. The irony of spending money to determine whether or not we can spend money is not lost on us. We’ll dive into the lack of affordable housing funding in the section below.

This begs the question, why is it so expensive to build housing? There are three key elements that make up the cost of construction: land, hard costs, and soft costs.

The cost of land varies widely depending on location, zoning, and other factors, but research has found that this accounts for about 10% of construction costs. In some cases, there may be government-owned land available that can be utilized for affordable housing development, thus eliminating the land cost almost entirely, but that’s the case for a minority of developments.  Generally speaking, getting the land to build on is a hefty sum in and of itself.

“Hard costs” refers to the direct cost of construction, landscaping, and infrastructure as well as the labor required for construction. These hard costs make up more than 60% of the overall cost of development. While it’s generally tricky to reduce hard costs, innovations in engineering and construction can make more efficient use of materials and labor to reduce hard costs. Investment in workforce training to get more workers into the construction trades can also reduce costs associated with labor shortages.

“Soft costs” include things like taxes, insurance, planning and permitting fees, impact fees, and the cost of financing. Private developers must find funding from large-scale financial institutions, like banks and equity investors, in order to make projects viable. To secure that funding, developers must be able to show that the projects will produce a return—about 16%—over the course of the investment. This means that if the cost of developing a unit of housing is high, the costs that must be passed on to the renter or owner in order for the developer to secure funding must also be high. That’s why we see a saturation of high-end market-rate housing—because those are the only projects that can get financed.

For more on the costs of building affordable housing, check out our event discussion recap to learn more from the experts about this topic.

California is hamstrung in its ability to secure sustainable revenue for affordable housing and other vital government-funded services. Because of a 1978 ballot measure, Prop 13, property owners in our state pay their taxes based on the purchase price of the property rather than its current market value. This means taxes stay artificially low for many properties, and governments can’t collect higher taxes over time from these existing developments. To offset that, governments often load new developments with fees to claw back some revenue.

Funding for affordable housing is incredibly complex and is paid for through a variety of local, state, and federal programs. If you want to dig into the complexities of affordable housing funding, you can read more from our friends at the California Housing Consortium.

A lack of political will is another huge barrier to the development of new housing. The rise of NIMBYs (Not In My Back Yard) as an outspoken political block means that even when developments are able to secure funding, the project may be denied a permit for construction. Elected officials who worry about complaints by constituents of construction-induced traffic, a lack of parking due to increased density in the neighborhood, their views being blocked, or even thinly-veiled racist and classist comments about “preserving the character of the neighborhood” often opt to deny projects than risk being unseated from their position by disgruntled voters.

For example, two neighborhoods in San Francisco, SoMa and the Mission, produced more than twice the housing (2,802 units) as all other San Francisco neighborhoods combined (1,155 units) in 2020. This is, of course, partly due to density, available lots, and other factors that allow SoMa and Mission to add units, but is also partially due to the political will. SoMa and Mission are home to more people of color and renters who are permissive of new development versus the other neighborhoods where wealthier, whiter, homeowners pressure their representatives to deny new development.

Research shows that one of our best sources of naturally occurring affordable housing in the future is building market-rate housing today, through a process that academics call “filtering.” You might already know about filtering, but not by that name. It’s more commonly called the “yuppie fishtank theory” on Twitter and other housing enthusiast forums.

Filtering is the idea that, as new market-rate housing is built, higher-income people move into it, leaving behind older housing stock for lower-income people. Generally, newer housing is more expensive, but also more desirable to those who can afford it. Newer buildings offer amenities that older construction doesn’t have, things like dishwashers, air conditioning, and smart-home enabled features. As buildings age, they become less desirable compared to their new-construction counterparts. The below chart shows how that plays out in San Francisco; the older the building, the more affordable the units are to families with AMI <80%.

Unfortunately, California has chronically underbuilt housing for the past several decades. This means we have fewer buildings today that have aged into naturally occurring affordable housing.

Chronically underbuilding market-rate housing also means that cities have missed out on collecting in-lieu fees that go to pay for affordable housing.

So, what do we do about it?

Now you have a good sense of why we don’t have nearly as much affordable housing as we need. We explained how these factors come into play in California, but the essence of each is true across the country.

While seeing all the pieces that play into our housing crisis can feel daunting, there still is hope! Academics and advocates alike have settled on the 3 Ps of housing: production, protection, and preservation. We need to produce more housing, especially at lower levels of affordability; we need to protect existing tenants and homeowners from displacement; and we need to preserve existing affordable housing, both private and public.

We’re gearing up for an exciting year of bold housing legislation in 2022, so stay tuned on how you can advocate for more affordable housing in your community. 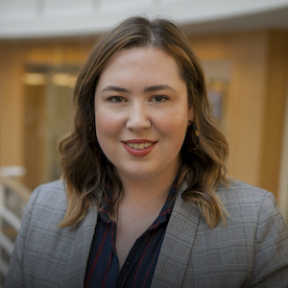 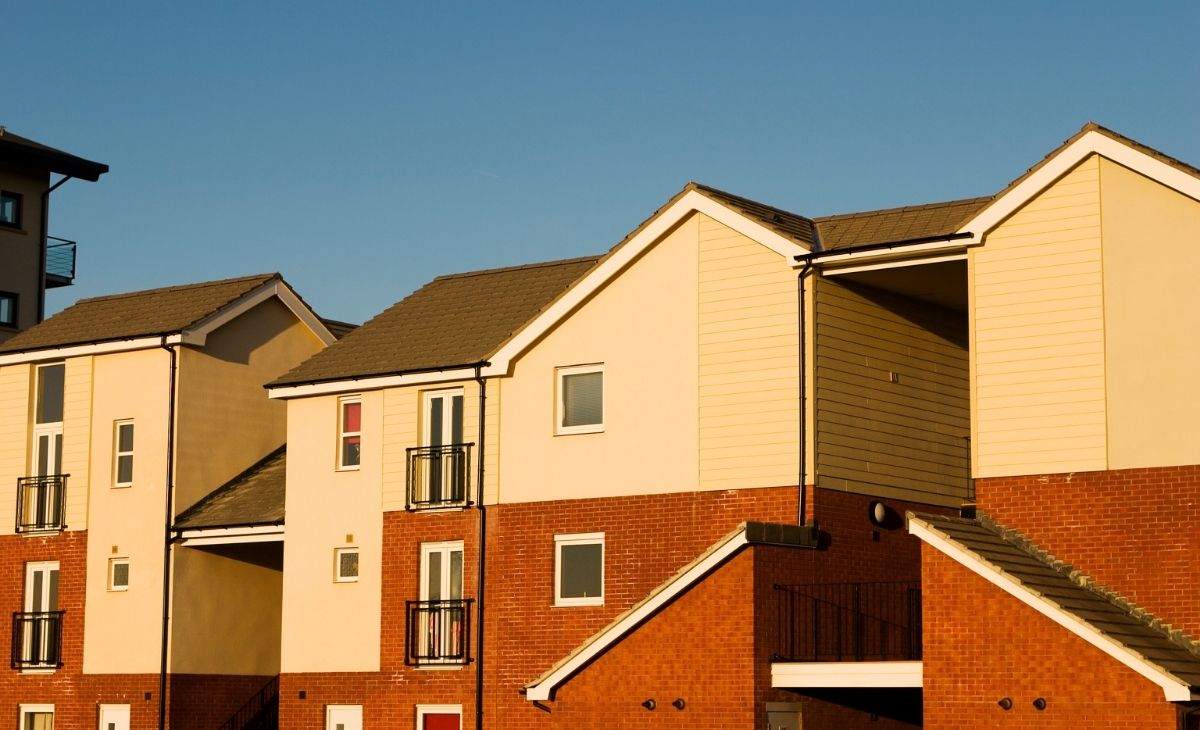 Our Guide to Affordable Housing 101