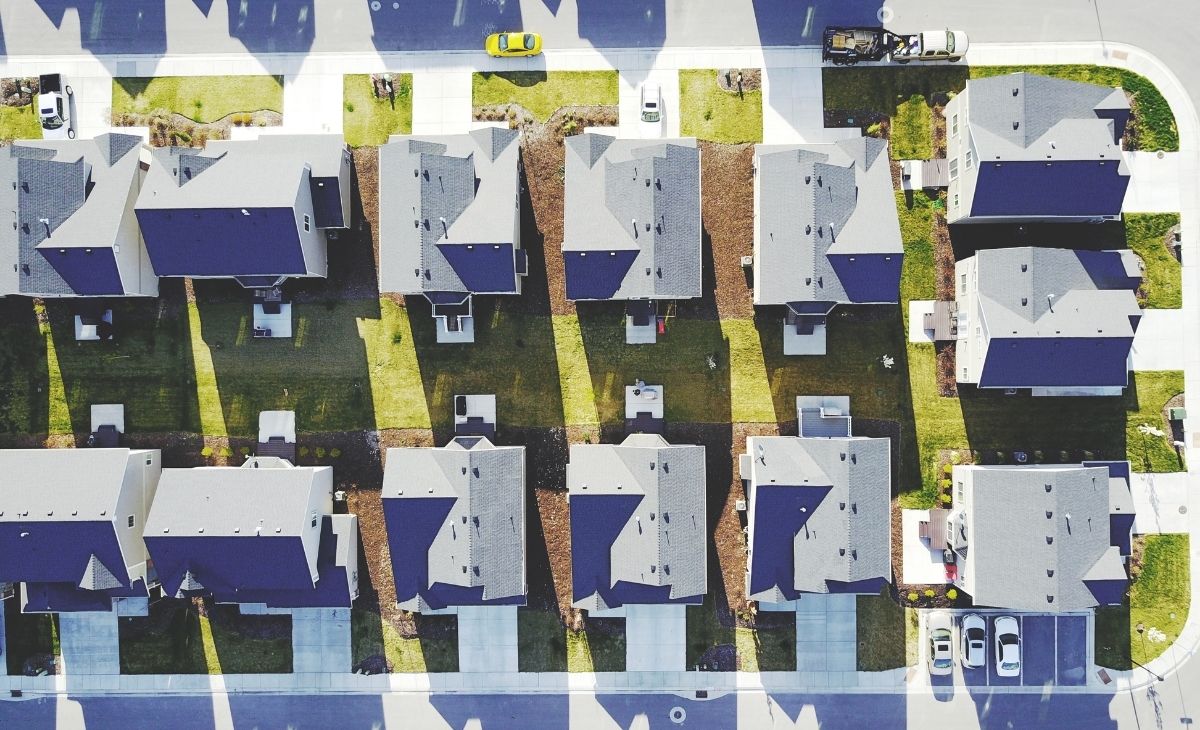 We all know that housing policy in the United States has been racist since its inception. From the false promise of 40 acres and a mule to blatantly segregated neighborhoods, the ability to have stable housing has been offered handily to white people, at the expense of Black, Indigenous, and other people of color.

For example, redlining, a lending practice started in the 1930s by the federal government that denied BIPOC property owners critical lending and investments, deepened segregation and the racial wealth gap for decades to come.

What isn’t quite as obvious is that our modern-day practices for determining who can live where are steeped in the same racism as yesteryear. Single-family homes have long been the symbol of the American Dream and individual achievement, and in truth are a large driver in building generational wealth. But access to single-family homes has been primarily restricted by race and class, and the maintenance of such neighborhoods through single-family only zoning was—and is—a racist and classist practice.

What is single-family zoning?

First, a primer: single-family zoning is where a community is prevented from building anything other than a detached single-family home. That means no duplexes, no apartment buildings, and no condos in that neighborhood. It’s what pops into your head when you think of a classic suburb, but that restricted land use is widely prevalent in our cities as well.

Land-use zoning is the reason we don’t see a single family home sandwiched between a skyscraper and an industrial park. Zoning can help improve the livability and walkability of cities, but it can also be used as a tool of exclusion.

In short, what if I told you that single-family zoning is today’s redlining, and that we need to end it entirely in order to achieve true racial equity in housing? It sounds wild, I know, but hear me out. Here are five reasons why single-family zoning sucks and deserves to be abolished.

Single-family zoning was first established in Berkeley by Duncan McDuffie, a real estate developer in the early 1900s. McDuffie built the Claremont Court and Uplands neighborhoods with racial covenants, ensuring that his neighborhoods would be exclusive to white people.

2. Single-family zoning is the ultimate dog-whistle policy—without having to say the racism out loud.

After Berkeley’s adoption of single-family zoning, it soon caught on across the country. Because the zoning law itself does not technically discriminate by race, but instead prices BIPOC out of those neighborhoods, it quickly became the national standard to circumvent laws that prohibit racial discrimination in housing.

Currently, 75% of land in major U.S. cities are zoned for single-family homes only. If you look at redlining maps and zoning maps, the Venn diagram between single-family zones and neighborhoods approved for federal loan assistance is a circle. Single-family zoning is exclusionary zoning, but it just doesn’t have to say it explicitly.

3. Single-family zoning constricts housing supply, which negatively impacts everyone around them.

Did you know we would need 180,000 new units of housing every year just to keep up with population growth in California? Over the past ten years, we’ve averaged only 80,000 units per year, most of which is only affordable for high income earners. There are a myriad of reasons why it’s hard (and expensive) to build housing in California and across the country, but one of the primary drivers is where we’re able to build housing—and where we’re not.

It’s cheaper per unit to build duplexes, triplexes, and larger apartment buildings than single-family homes, but without available plots of land there’s hardly any place to start. By restricting multi-family zoning (think duplexes and apartments) to small sections of our cities, it constricts potential housing supply and makes it harder for surrounding families to stay in their homes.

Rising rents and mortgages makes it harder for lower-income families and families of color to stay in cities, forcing them to move further and further away from city centers. This further limits their access to opportunities and jobs, entrenching existing disparities.

Generally, single-family homes are more expensive to rent and own than apartments. By making a neighborhood single-family only, it prices lower-income and lower-wealth families out. A decades-old lattice of racist and classist policies, from redlining to locally-funded school systems, has made single-family neighborhoods the most well-resourced neighborhoods around. The Othering & Belonging Institute at UC Berkeley share from their research:

“We find that cities with high levels of single-family zoning have greater resources (even relative to the generally wealthy and expensive Bay Area) in virtually every statistic we are able to measure. These cities have higher incomes, higher home values, better-performing schools, and our evidence indicates they are high opportunity in the broadest sense: children who were raised in these cities 30 years ago have better outcomes in their adulthoods.”

One way to balance the score is by introducing affordable, multi-family apartment buildings into well-resourced neighborhoods, but that can only be accomplished by getting rid of single-family zoning.

The housing crisis is complex, and can’t be just boiled down to the issue of zoning. We also have to protect existing tenants and homeowners, preserve affordable housing, and build new housing at all levels of affordability. At the same time, it’s important for us to understand the history of housing in this country; we need to know what policies, past and present, have led to the structural inequities in housing today in order to undo them. Single-family zoning is a prime example—and opportunity—to learn from our past and address economic inequity at its roots.

If you’re interested to learn more, check out the recording of our panel discussion on the potential End of Single-Family Zoning. 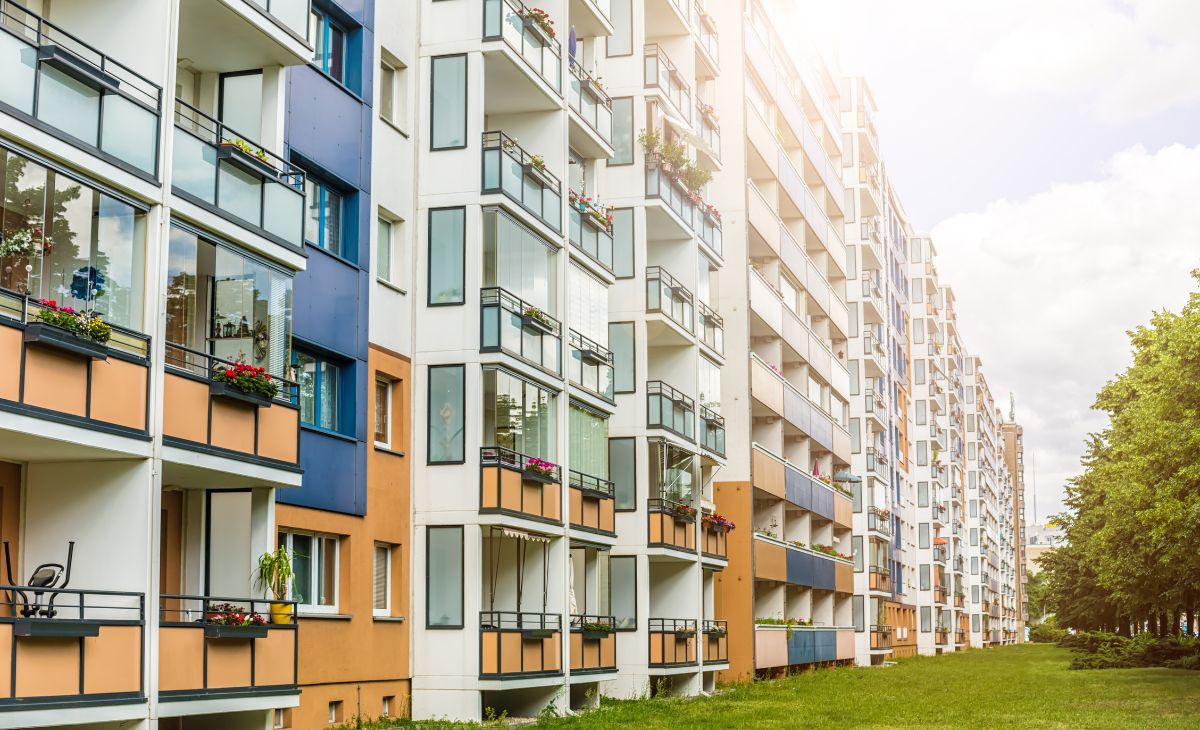